A continuous distribution useful for modeling time to failure data. For reliability practitioners, the Weibull distribution is a versatile and powerful tool. I often fit a Weibull when first confronted with a life dataset, as it is provides a reasonable fit given the flexibility provided by the distributions parameters.

Here is the formula for the Weibull Distribution probability density function. The PDF is like a histogram as it shows the relative rate of failure over time.

A few plots will show the impact the β value has on the look of the distribution.  The x axis is time, and y axis the probability density. 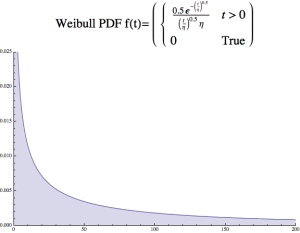 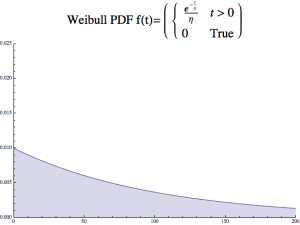 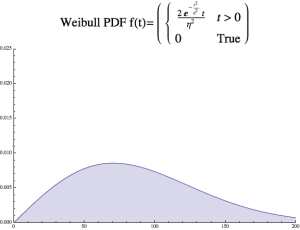 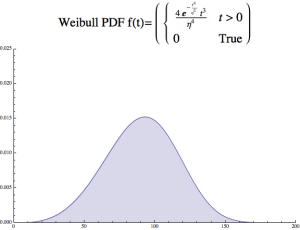 And while the static images are common, and many would overlay the images onto one plot, I think it would be better if it was animated.

There is a lot more to the Weibull distribution and I’ll be writing more soon. In the meantime here are two references that are worth reviewing.